Patterns of party organization and mobilization in Kyrgyzstan 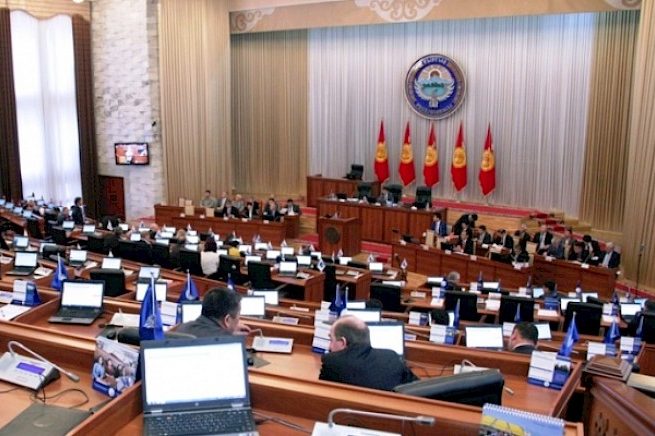 The constitutional changes in the aftermath of the April 2010 regime turnover conveyed a renewed momentum for party development in Kyrgyzstan. However, as subsequent parliamentary elections have indicated, political elites failed in building viable party organizations and complex internal organizational structures allowing to establish strong party-voter linkages and maximize electoral gains. Parties in Kyrgyzstan remained effectively un-institutionalized with organizational structures based on loose and inadequate mechanisms of intra-party communication and coordination and centralized authority holding decision-making powers. Routine disintegration of political party factions within the Kyrgyz parliament since 2010 as well as a widespread distrust in and common misconceptions about parties well illustrate the profundity of challenges in building and strengthening party institutions.

This dominant organizational strategy commonly prioritized amongst party elites in Kyrgyzstan reflects both the institutional nature of party formation and the logic of electoral mobilization. In reality, parties in Kyrgyzstan, and elsewhere in new democracies, tend to be formed predominantly by extant elite groups to preserve the ‘party in public office’ or seek political offices. In older democratic polities, grassroots organization-building preceded party-based political competition and remained an essential task for parties in terms of sustaining party-society linkages and maximizing electoral gains. In its turn, the logic of electoral mobilization, conditioned by both exogenous and endogenous factors, dictates that parties manage to secure electoral support and its survival by avoiding extensive membership-based organizations and efficiently employing modern election campaign strategies, such as the recruitment of campaign professionals and an extensive usage of media marketing tactics to enhance party or candidate visibility.

The above trends, noticed similarly across established democracies, further induce party leaders to recruit prominent public figures, including former public servants and business persons, as party-fielded candidates to share campaign-related expenditures. Such a strategic necessity to recruit ambitious and resourceful candidates, however, tends to prompt post-electoral internal party tensions as partly leaders remain committed to centralized decision-making, including on matters of coalition negotiations.

Beyond the electorally-driven incentives affecting both organizational and mobilizational strategies pursued by elite groups, the observed patterns are further conditioned by the non-conspicuity of social cleavage dimensions that would otherwise be completing the ideological space for political and electoral competition. This holds implications for organizational structures. Parties, in the absence of solid social-structural and attitudinal bases of electoral support, would be less inclined to invest in building an extensive network of local party organizations and promoting internal accountability mechanisms in order to sustain linkages with the targeted electorate and maximize electoral gains. In post-communist East-Central Europe, which exhibited higher levels of the party and party system institutionalization across new democracies, the electoral success of leading parties was consistently attributed to investments made by party elites in building large local organizations and complex party structures for internal coordination and decision-making. In turn, the variation in party organizational strength was contingent on the ability and strategy of party elites to adjust to broader institutional and social conditions, including by structuring existing social cleavages, which tend to be relatively robust and salient, for electoral purposes. In a similar vein, the profound weakness of both social and ideological underpinnings of party formation and development in Kyrgyzstan has further conditioned the prevalence of clientelistic and personalistic appeals of voter mobilization overshadowing programmatic appeals based on credible policy-based commitments to voters.

The observed multiplicity of potential causal factors implies that the patterns of party organization and mobilization need to be examined within a broader social-structural and institutional context and based on the concurrent investigation of political incentive structures shaping the behaviour, perceptions and strategic choices of political actors in new democracies. As inferred, political actors can potentially manipulate institutional and electoral rules for political purposes to consolidate power and gain an advantage over opponents, in a way that the process of democratization and party development could be subverted. That said, it was also evident that while a conducive institutional environment, reflecting a combination of political actor preferences, elite compromises and popular pressure, the patterns of party institutionalization tend to be fundamentally conditioned by social-structural precursors. In effect, this suggests that party-building process, viewed as both a catalyst and a crucial component of the broader democratization process, unfolds alongside socio-economic development and technological advancements associated with strengthening democratic governance, civil society and associational life.

On a practical level, and in the light of continued disillusionment with party politics in Kyrgyzstan, the process of institutionalization, and hence democratization, can be potentially instigated and facilitated by ensuring that institutional and legal settings further promote ‘parliamentarism’ and incentivize party elites to invest in fostering internal democratic structures and compete on an even playing field. In practice, this would entail making revisions to the party legislation stipulating the implementation of democratic procedures for party leadership selection and integrating internal accountability mechanisms.

At the same time, and given the saliency of financial resources for maintaining party organizations and conducting election campaigns, it would be equally critical to find ways to provide public financing to parties (e.g. extending free political advertisement on state-owned media outlets). This particularly applies to parties that might have failed to secure parliamentary seats but hold the potential to evolve into a viable political organization based on internal democratic structures and promoting an issue-based political agenda.