A round table on the new EU strategy for Central Asia 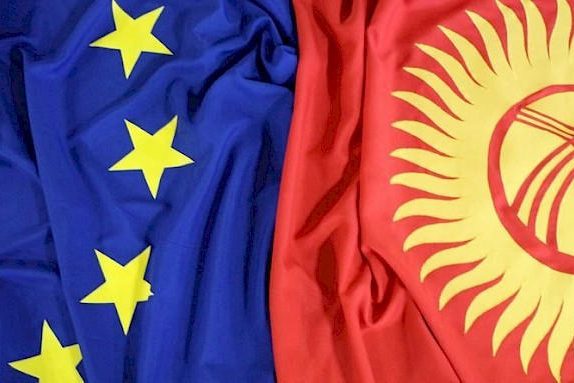 On 3 July 2019, Crossroads Central Asia, in partnership with Elgezit Media, hosted a round table discussion on “The new EU strategy for Central Asia: expectations, opportunities and risks”. The debate aimed to offer initial assessment and reaction to the newly unveiled strategy of the EU for Central Asia and voice out initial recommendations for its implementation. Invited speakers included Bolot Maripov, an economist and a former parliament member, Elmira Nogoibaeva, political scientist and director of Polis Asia centre, Myrza Karimov, an expert on higher education and others.

The new strategy, as outlined in the Joint Communication of the European Commission and the Higher Representative of the Union for Foreign Affairs and Security Policy, features both continuity with and departure from the previous document (for related analyses, see pieces by Catherine Putz and Fabienne Bossuyt). Thus, the speakers noted the new document still manages to touch upon nearly all policy areas and issues, something often raised concerning the 2007 strategy. The “catchall” nature of the document might reflect the peculiarities of the EU institutions and as well as solid preparatory research. Yet, it will likely generate an all-too-familiar criticism on a mismatch between the expectations raised and delivery in the coming years.

One early difference to note is an optimistic tone in assessing development trends in the region and the dominance of economic and technical vocabulary in the language. Introductory paragraphs stress the developments in the region offer “new opportunities” for cooperation and hail the “new momentum” in intra-regional cooperation in Central Asia. Such optimism likely stems from the recent political changes in Uzbekistan, much discussed as a “window of opportunity” for greater cooperative relations in the region. However, speakers argued this optimism in the document might convey a deliberate shift towards a more cautious and pragmatic painting of the EU’s Central Asia agenda, or a declining level of confidence of the EU in terms of its role in the region. Or both.

Three particular aspects of the Strategy suggest the EU might be changing (or struggling with finding) its voice in the region. First, the document does not come close to defining the EU as a normative power. While human rights and democracy feature in one subsection, the Strategy does nothing to acknowledge the progress (or lack thereof) in the region concerning these. More importantly, the Strategy does not make it clear that norms and values are the central “added value” that the EU can, wants and will bring to its cooperation partners in Central Asia. This robs the EU of its single most potent “comparative advantage” of being a system built on liberal values, respect for human rights and the rule of law.

Second, and related, the references to “non-exclusive” nature of the EU-Central Asia partnership, acknowledgement of the need to work with “third countries”, and substantial emphasis on integrating Afghanistan in the EU-Central Asia programmes suggest the EU’s Central Asia strategy is increasingly about parties beyond Central Asia. The above references perhaps reflect the changing geopolitical circumstances and lessons learned from the EU’s engagement with other neighbouring countries. The question is whether the EU’s view of Central Asia is increasingly shaped by what and how other actors operate in the region, and if so, whether this weakens rather than strengthens the EU’s appeal for actors in Central Asia.

Third, the Strategy remains state-centric in its view of the partnership, despite encouraging proposals for greater people-to-people and private business engagement. The capacity and even the nature of state institutions vary in the region. In Kyrgyzstan, the record shows that a) the state institutions’ potential to implement reforms is severely limited for different reasons, and b) assisting and training various state institutions (such as the parliament, judiciary) thus far produced little if any, substantive improvements in the core problems plaguing them. The latter are familiar to all, including corruption, disrespect/disregard for the rule of law and democratic values.

The above are general observations based on the text of the Joint Communication. The latter, being a framework document, addresses concerns raised by a variety of relevant stakeholders, and for the same reason, cannot easily fit the demands of all parties. The success of the Strategy, therefore, hinges to a great extent on the actual implementation. The EU-Central Asia partnership will likely not tick all the boxes, but it is all up to the parties to work towards ticking the boxes that matter most. In this respect, the round table discussion touched on three particular issue areas highlighted in the Strategy: economic cooperation, supporting education and communication.

How could Kyrgyzstan benefit economically most from deeper cooperation with the European Union? As roundtable speakers stressed, the top three parts of the Kyrgyz economy to benefit from a greater partnership would be tourism, trade, and transfer of technologies. While there is no shortage of discussion of these, and understanding of their importance, there are specific areas where the EU could help address the key risks. One major problem haunting Kyrgyzstan is a lack of an up-to-standard system of quality control. This applies to different areas, such as a certification system for the export-oriented industry, security standards within tourism, insurance and others. Small and medium businesses are particularly affected, given the costs associated with the above. The Strategy, to its credit, touches on most of these, and follow-up engagement would be most relevant for Kyrgyzstan.

In the area of education that the EU has traditionally prioritised in Kyrgyzstan, two major risks need to be taken into account and addressed. First, supporting the education sector through budget support does not contribute to the transparency of the reform agenda. Greater engagement with civil society, parents and students is needed in identifying “what, why and how” of donor support in the education sector. This would undoubtedly help prevent situations when millions of dollars/euros get spent on ad hoc projects that lead to nothing and nowhere. Second, and related, a special donor coordination agency may be set-up within the education sector to ensure maximum complementarity and consistency across different projects and balance interests of various donor agencies, the government and broader civil society.

Finally, the mention (significant in itself) of the need for a better communication strategy needs to be followed up with a much more substantive to-do plan. Values have always been central in Central Asians’ view of the European Union. If the Strategy failed to meet the mark in this regard, the communication strategy should rectify this. Both the EU and Central Asian parties should stress the cooperation is, and should be, less about money and aid, and more about values and exchange. To communicate this, closer and less bureaucratized engagement with local media, civil society, think tanks and academia, will remain critical.