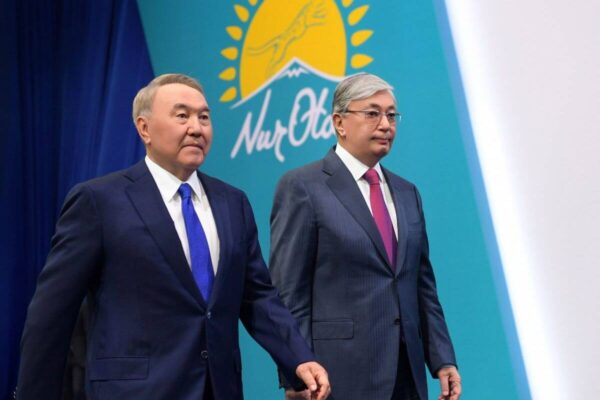 Crossroads Central Asia shares a new policy brief on Kazakhstan’s foreign policy, authored by Dr Nurseit Niyazbekov of KIMEP University. The full version of the paper is available in English and Russian.

Kazakhstan’s foreign policy is often credited for pragmatism in seeking ‘friendships with everyone’. Its leadership is well aware of its strategic location in the heart of Eurasia and soon realized upon the dissolution of the Soviet Union that it could take advantage of new geopolitical realities. Post-Soviet geopolitical realities came both with blessings and curses. Thus, although Kazakhstan is a landlocked country missing out on major global trade opportunities, it is blessed with an abundance of natural resources where oil and gas amount to half of the country’s exports. Energy is only one of the factors highlighting Kazakhstan’s geopolitical significance; security is a second one. While Kazakhstan is not an immediate neighbour of Afghanistan, a country widely regarded to be a significant source of drug trafficking and Islamic fundamentalism, it is perceived by the West and Russia as a buffer zone against the spread of organized crime and other security threats. Envisioning upcoming growth of economic and political engagement of the West, Russia and China, Kazakh government adopted a foreign policy that would balance the interests of major international actors with an aim to pursue its national interests.

Coined as a multi-vectored foreign policy, it has been quite successful in branding Kazakhstan as a peace-loving country interested in international cooperation and helping it become a Central Asian leader. Kazakhstan achieved impressive economic growth thanks to creating an attractive investment climate and commitment to Nazarbayev’s ‘first economy, then politics’ formula. As a result, Kazakhstan became an ‘island of stability’, a reputation which its diplomats tried hard to construct. Stability, in its turn, came at a cost. Since mid-1990s political prisoners, repressed journalists, oppressed human rights defenders, intimidated civic activists and thousands of aggrieved citizens with fraudulent elections, pervasive corruption and abusive police have been paying the high price of stability. This paper will survey the history of Kazakhstan’s foreign policy with special attention paid to its engagement with the biggest of its foreign partners, namely Russia, China, the EU and the US. It will focus on the democratization agenda in Kazakhstan’s dealings with the abovementioned countries. After surveying the past, the author will then discuss future challenges to Kazakhstan’s foreign policy. Considering its current agenda and its immediate partners, will Kazakhstan continue to remain as a Central Asian island of stability?…

The full version of the paper is available here to download.

The paper is written by Nurseit Niyazbekov. Dr Niyazbekov is Assistant Professor in the Department of International Relations at KIMEP University in Almaty, Kazakhstan. He does research and consulting for various international media and think tanks in the areas of post-communist transitions, democratization, Central Asian state-building and protest mobilization. He was a visiting research fellow at the University of Michigan and Sciences PO. Niyazbekov obtained his PhD and MSc degrees in Politics and Sociology from the University of Oxford.

The policy paper is produced as part of a project “Debating International Relations in Central Asia: Regional Developments and Extra-Regional Actors”. The project is led by Shairbek Dzhuraev and Eric McGlinchey with support of the Hollings Center for International Dialogue. The previous policy paper, titled “Tightening the belt? Challenges for China’s development-security nexus in Central Asia” was authored by Dr Catherine Owen, University of Exeter.

The views expressed in this publication are those of the author and do not necessarily reflect the views of Crossroads Central Asia and/or the Hollings Center for International Dialogue.